An innovative restaurant at The Ritz-Carlton Key Biscayne, Miami shines a light on extraordinary seafood.

Named for a humble nearby watchtower, Lightkeepers, the new restaurant at The Ritz-Carlton Key Biscayne, Miami, shines a light on extraordinary seafood dishes. You could say that Executive Chef Raul A. Del Pozo was born to do the job, as he's been angling in Miami waters since he was old enough to hold a rod. Del Pozo sat down to discuss the culinary background, inspiration and ingredients behind Lightkeepers’ success.

On growing up fishing in Miami:

“We’d go out almost every weekend. It would be me, my father and my grandfather, often right out here in Stiltsville,” Del Pozo says, referring to a picturesque collection of wood stilt houses on the edge of Biscayne Bay. When they had time, they’d venture 30 or 40 miles out to sea. As Del Pozo got older and learned to cook, he made a deal with his family. “They didn’t make me pay for gas, but I had to cook whatever we caught,” he says. “I learned how to fillet and cook a fish pretty quickly!”

On his stints at legendary New York restaurants Daniel and Bouley:

“My time at those restaurants definitely shaped me into the chef I am today,” says Del Pozo. “And though here we’re not cooking the formal French cuisine of Daniel or Bouley, my style has been informed by the lessons I learned there.” From the legendary French chef Daniel Boulud he learned to “cherish the ingredients.” When preparing cured salmon, for example, “We’d chill it by putting it first in a perforated pan so that the ice never touched the fish,” he explains. “We also learned to cradle the fish in your arm like a newborn baby and wash it gently, like a baby,” he says with a laugh. “I still do that to this day.”

On his vision for Lightkeepers:

“It was a time to experiment and grow,” he says. “I knew what I wanted to do — modern, playful but still classic food that’s approachable for every guest.”

On the unexpected benefits of Florida beef …

Not many people know the state is home to some of the best cattle farms in the country. “All our beef is grass-fed and grass-finished, sourced from small family farms like Jackman Ranch in Clewiston and Fort McCoy Ranch in Marion County,” says Del Pozo. “So we handle it with care and respect.” He first wet-ages his steaks in a sous-vide bath, then sears them using the kitchen’s secret weapon: the Josper, a charcoal oven imported from Spain that reaches temperatures of 1,000 degrees and can cook a perfect medium-rare steak in just three minutes. “You get this smoky-sweet flavor from the Argentinian hardwood charcoal and cherrywood,” he says.

… and other local ingredients:

Del Pozo is proud of his well-developed network of local artisanal producers, many of whom are name-checked on the Lightkeepers menu. Keez Beez, an apiary out of the Florida Keys, provides the kitchen with first-class honey (used to make honey butter and a decadent rum cake); Zak the Baker, a cult bakery in Miami’s Wynwood neighborhood, supplies babka and country levain; Winter Park Dairy and Rocco’s, two acclaimed local cheesemakers, provide the cheddar and burrata. “There are so many amazing local producers … who didn’t exist when I was growing up here,” says Del Pozo. “It’s a whole new scene that we’re lucky enough to take advantage of.” 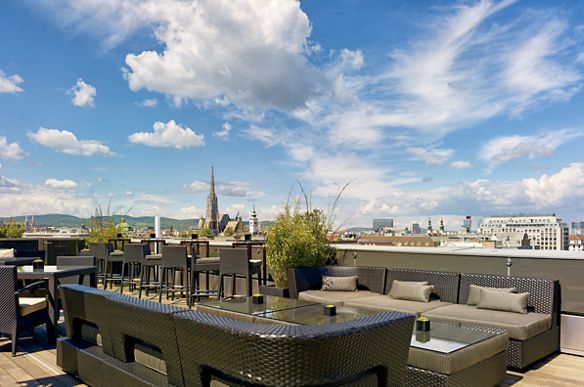 A drink in hand and good company transform these stunning panoramas into magical experiences. 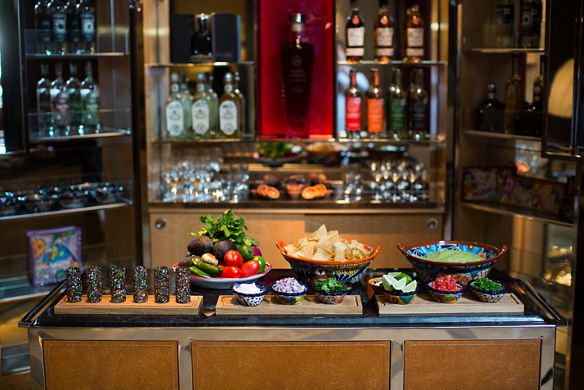 The Art of Guacamole

Learn the secret behind the perfect guacamole with the nightly guacamole experience at The Ritz-Carlton, Dallas. 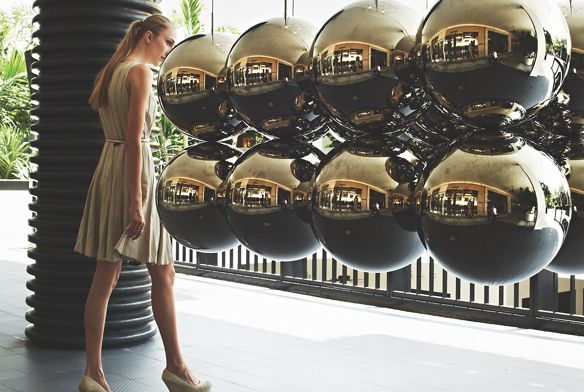 Effortlessly merging beachy ease and electric ambition, Miami has long been a source of style.

Plan Your Stay in Miami