YOUR FRIENDS WILL THANK YOU

Iconic Culinary Experiences Around the Globe

Forge a deeper connection to your destination by discovering the local cuisine. Indulge in these must-try dishes and unique culinary experiences from around the world.

“Food is a central activity of mankind and one of the single most significant trademarks of a culture,” says Mark Kurlansky, the James Beard award-winning author of such books as The Big Oyster and Salt: A World History. Think about it: Of all the ways to immerse yourself in a foreign place — touring the sights, shopping, visiting its museums — what could be as multi-sensory and revealing as simply tasting the local cuisine? Just as some of the best relationships are formed by breaking bread, deep connections to a place are forged through discovering its food. Here, we’ve mapped out four destinations with a culinary scene worthy of any foodie’s bucket list.

Sichuan food can be found anywhere in the world these days, but there’s really nothing like going straight to the source of the heat. That Chengdu, the capital of the Sichuan province, became a UNESCO City of Gastronomy in 2010 is all the more reason to put it on your list. Its flavorful, spicy cuisine owes itself to the Sichuan peppercorn, used in famous dishes like mapo tofu (stir-fried with minced beef, chili paste, chili oil and fermented soy beans), hotpot (meat and vegetables cooked in a spicy broth), dan dan noodles (which are topped with pork and various sauces), and rabbit head, a regional delicacy. The best way to sample these is by wandering the street markets. But for a sit-down experience, Ma Wang Xi, Chengdu Yinxiang, Yu’s Family Kitchen, and Li Xuan at The Ritz-Carlton are great options. Even vegetarians need not worry — Mi Xun Teahouse does a hotpot with black truffles.

Home to high-end shopping, panda sanctuaries, traditional tea houses, vibrant markets and world-class dining, there’s so much to see and do in this historic city. If you only have one day, here’s how to make the most of your time in Chengdu.

Must Try: Inventive Takes on Traditional Russian Dishes in Moscow

The Russian capital offers an imaginative, lavish and ambitious dining experience unlike anything else in Europe. Case in point: White Rabbit, ranked No. 15 on the World’s 50 Best Restaurants list, the country’s highest ever ranking. The décor is an Alice in Wonderland fantasy, and its young chef, Vladimir Mukhin (who was recently featured on Netflix’s Chef’s Table), conjures inventive takes on Russian classics — borscht soup with fried crucians and baked beans, veal tongue in chokecherry dough, foie gras with black truffle. Want to be transported to the opulent days of imperial Russia? Book a table at Café Pushkin. Prefer the Soviet era? Go to the eclectic Grand Café Doctor Zhivago. For more down-to-earth fare, there is LavkaLavka, a farm co-op and restaurant that only uses domestic ingredients, and Delicatessen, a speakeasy with a playful menu (think caviar pizza and horsemeat tartare). For some of the best drinks in town, nab a seat at O2 Lounge, a stylish rooftop bar overlooking Red Square and the Kremlin.

The history of Russia has flowed through painters, writers and chefs, who all sought to create epic masterpieces honoring it. Discover how to best spend several days exploring the past and the present of the capital city through squares, museums, churches and restaurants.

In spite of its size, this tiny city-state packs a huge culinary punch, so much so that dining is actually considered the national pastime. The street food scene is legendary — more than 100 hawker centers are brimming with delicious local eats like wanton mee (noodles topped with roast pork, soy sauce, and chili paste), fried oyster omelets, Hainanese chicken rice, curried laksa soup, chili crab, kaya toast (made with a coconut milk and egg-based jam), and satay, to just name a few. How do you choose between the dizzying array of options? If the line is long, the food is good. In 2016, two stalls (Hong Kong Soya Sauce Chicken Rice & Noodle and Hill Street Tai Hwa Pork Noodle) became the first street vendors to be awarded a Michelin star. Of course, Singapore isn’t just about the casual eats. The Peking duck at Imperial Treasure Super Peking Duck is one of the best; the Michelin-starred Summer Pavilion at The Ritz-Carlton puts a contemporary spin on Cantonese cuisine; and Odette (two Michelin-starred and ranked No. 28 on the World’s Best Restaurants list) is led by a French chef, Julien Royer, who creates beautiful dishes like Hokkaido uni with langoustine tartare, caviar and apple.

Singapore is a dynamic place, a mix of cultures where you can experience a delectable diversity of cuisine, innovative architecture, high-end shopping and a buzzing nightlife. Here’s how to experience the best of the city in a weekend.

Must Try: A Little Bit of Everything in Toronto

Anthony Bourdain once said this about the Canadian city: “The fact that over 50 percent of the residents of Toronto are not from Canada, that is always a good thing, and for food especially. That is easily a city’s biggest strength, and it is Toronto’s unique strength.” Here, you’ll find a Koreatown, Chinatown, Little Italy, Little India, and Portugal Village, plus more than 150 spoken languages. Follow Bourdain’s footsteps and get the famous peameal bacon sandwich from Carousel Bakery. For that other Canadian staple, poutine, Nom Nom Nom Poutine is the place to sate those cravings. Stroll through Kensington Market to find an array of diverse options, from authentic Chilean food (Jumbo Empanadas) to fried chicken and waffles (The Dirty Bird). For refined Italian, book a table at Toca, then follow it up with a well-deserved nightcap at the bar at The Ritz-Carlton.

Toronto is one of the biggest cities in North America — with the world-class food, art, culture, history and shopping that come with modern-day metropolises. Here’s how to see the best of this vibrant, multinational city in a day. 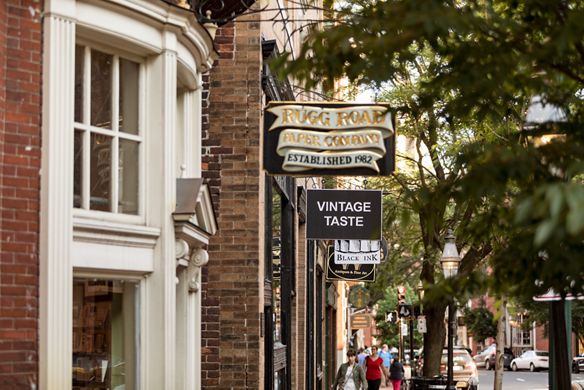 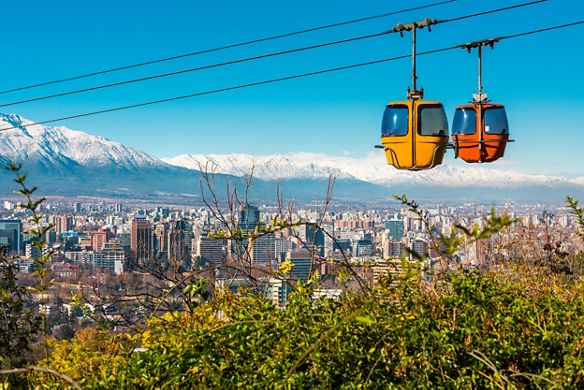 From lesser-known cities to adrenaline-pumping itineraries, go beyond the typical activities and destinations with these unique adventure outings. 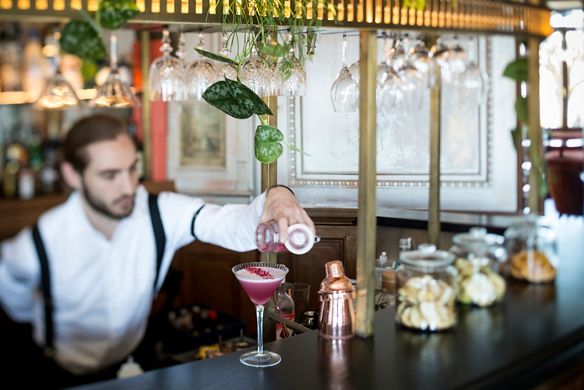 A Chef’s Guide to the City

From the best markets to little-known restaurants, follow in the footsteps of Ritz-Carlton chefs and discover travel-worthy dining destinations tucked away in these six iconic locales.