As a child, my parents would (forcibly) march me through Northern California’s mountain country. We spent enough time hiking Yosemite to make John Muir proud. But try as my folks might, I always preferred the smell of low tide to that of pine needles. Childhood rebellion is a peculiar thing.

Now at 40 years old with a family of my own, I finally understand how valuable walks in the woods are. Much to my delight (and the chagrin of my daughter), there are some great trails to be found around Laguna Niguel and Dana Point.

Embarking on the journey

On a fog-kissed Saturday morning in spring, my daughter and I filled a couple of water bottles, packed some snacks, put on our walking shoes and headed north up U.S. Highway 1. On the recommendation of a friend, we set out to explore the Aliso and Wood Canyons Wilderness Park, which has more than 30 miles of easy and challenging trails topping out at an elevation of 1,000 feet.

We began with the Car Wreck Trail. One of its two trailheads is in Laguna Beach, which means that on the drive there and back from our home in nearby San Clemente I could take the Pacific Coast Highway and check the surf. What’s more, if you start in Laguna it makes the round-trip hike about 4 miles, as opposed to 7 if you begin in Aliso Viejo, and I wanted to make sure my 8-year-old’s legs didn’t get too tired before we found the infamous car wreck.

Shortly after we began, small white-tailed bunnies skittered into the bushes as we broke the stillness with our chatter. My daughter trotted ahead in a futile attempt to see how close she could get.

Spotting hidden treasures on the trail

My daughter’s favorite oddity on the trail was the rusted-out ’46 Dodge coupe lying on the side of the trail. Seeing it, we launched into our own version of the Bonnie and Clyde legend, detailing exactly how the car ended up there. (No one really knows how the car got there, since there aren’t any paved trails for a several-mile radius of the spot.)

“Papa, do you think they were good guys or bad guys?” ponders my girl. “Well, I guess that depends on if they were robbing banks to help people that really needed it,” I respond, throwing a bit of Robin Hood into the narrative.

Our adventurous spirit led us to return the next day and take on the 6-mile Top of the World Trail. Unlike Car Wreck Trail, the Top of the World boasts considerably more of a climb in elevation and a panoramic view of Orange County and the Pacific Ocean.

We began hoofing it early in the morning to avoid the heat. About 40 minutes into the walk my daughter was delighted to disturb a small herd of deer nibbling on the dewy morning grass.

Top of the World Trail boasts panoramic views of the Pacific Ocean.

Next to conquer was Dripping Cave Trail, which connects to Car Wreck Trail and is one of the most popular paths in Orange County. Along the 5-mile hike we witnessed picturesque views of Aliso Creek, the mountains to the west and the Dripping Cave itself: an overhanging rock formation made of sandstone that was used by Native American hunters as temporary shelter.

It’s also nicknamed Robber’s Cave because bandits in the 1800s who robbed the stagecoach line traveling from San Diego to Los Angeles used the cave as a hideout. For me and my daughter, the cave served as the perfect resting point at the trail’s halfway point, and we could look up and see the holes thieves dug into the walls of the cave to stash their plunder.

Dripping Cave, aka Robber’s Cave, an overhanging rock formation with an interesting past.

Spending a night under the California stars

Only a 15-minute drive from Laguna Niguel, Caspers Wilderness Park (our next stop), is a sprawling 8,000-acre wilderness preserve in the western Santa Ana Mountains. There’s camping at Caspers, and because I insist my daughter grow up knowing how to make a proper s’more, we opted to stay the night, taking advantage of the lighter crowds during the off-season.

When I moved down to south Orange County I was pretty convinced I’d be spending my days gazing westward, reveling in every new swell that stormed in from the Pacific. In my shortsightedness I really never gave a second thought to the nature that exists inland. But today, older, wiser and with my girls by my side, all of the exploring is paying off. The hills and canyons of Laguna, the quiet of Caspers — there’s a lot to see and do around here if you just step out of the sand and onto a trail. 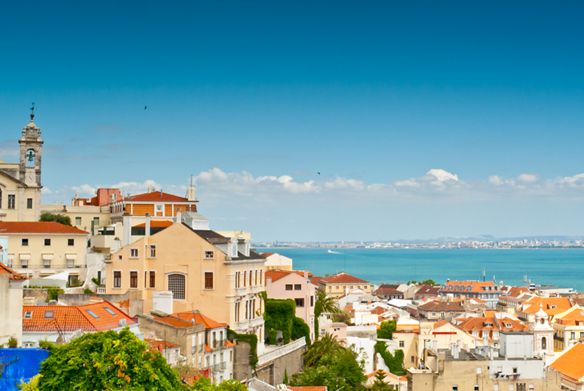 Take Your Kids to Lisbon 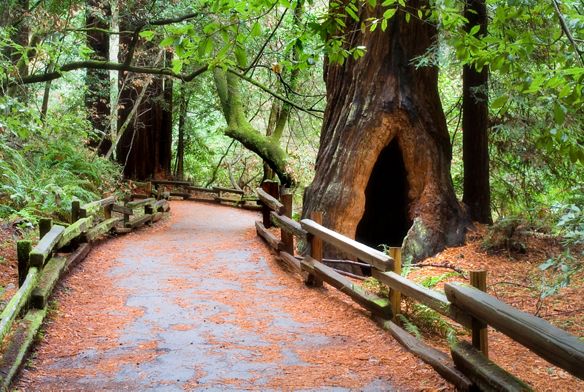 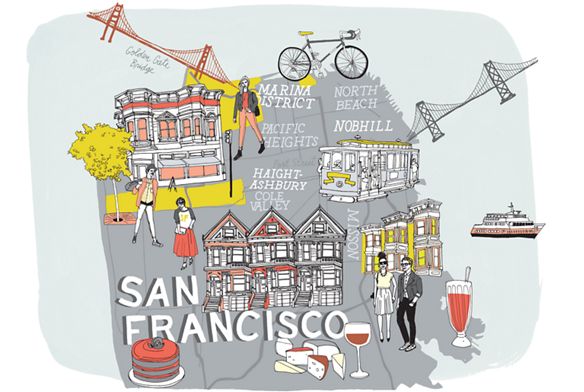 Plan Your Visit to Laguna Niguel