A spread at Jackpot Chicken Rice; Photography by Barb Simkova

At first glance, Toronto’s Chinatown has the typical trappings of a robust enclave devoted to Chinese culture. Untranslated signage and bins of exotic foodstuffs line the streets, and a variety of dialects fills the air. Chinatown East — a smaller satellite location that popped up in the 1970s around Broadview Avenue and Gerrard Street — even has a welcome archway anchored by a pair of marble lions that were donated by the Chinese government. But what’s different about Chinatown’s culture is that it’s not at all monolithic.

The original Chinatown dates back to the late 19th century in a place called The Ward, where Jewish, Italian, African-American and Chinese refugees and immigrants mixed together before being displaced by city development in the 1950s. Toronto’s current Chinatown — along Dundas Street West and Spadina Avenue — is about a mile west of where The Ward once stood, and it has become a destination for immigrants from Vietnam, Thailand, mainland China, Taiwan and Hong Kong.

Today, this bustling neighborhood boasts shops, markets and art galleries all worth visiting, but in our opinion, the best way to experience this 21st-century melting pot is by exploring the eclectic food scene. Here, an insider’s guide to Toronto’s ever-evolving Chinatown.

A new breed of Chinese cooking involves unsuspecting twists to traditional dishes. Prime examples can be found at Jackpot Chicken Rice, helmed by native son Craig Wong (open every day for dinner and Friday–Sunday for lunch). The Ontario-born chef graduated from L’Institut Paul Bocuse, in Lyon, France, and went on to work in the Michelin-starred restaurants Alain Ducasse au Plaza Athénée in Paris and Fat Duck in England. Wong has created a hip gathering place — with hanging lanterns and a brightly colored mural — where traditional Chinese fare has passed through the blender of his life experiences, resulting in dishes like foie gras and duck confit potstickers and crunchy softshell crab steamed bao. Even the restaurant’s signature dish, Hainanese chicken rice, has a history that takes it through Singapore, Malaysia and Indonesia. 318 Spadina Ave.; eatjackpot.com

R&D is the result of a partnership between “MasterChef Canada” judge Alvin Leung and the series’ first winner, Eric Chong. (The restaurant’s name plays off the fact that both were engineers by training until each decided to devote his life to food.) Centrally located near the intersection of Chinatown’s main arteries, Spadina Avenue and Dundas Street, their restaurant specializes in modernized dim sum. The char siu bao, or Cantonese-style pork buns, get raves from diners and critics, but the menu also features fried chicken and waffle, tuna tartare and Hainanese quail risotto. 241 Spadina Ave.; rdspadina.com

There is a burgeoning Vietnamese population in the Chinatown area, and the cuisine has followed suit. To satisfy your Vietnamese sandwich craving, try the grab-and-go sandwiches at Banh Mi Ba Le, with its no-frills, deli-style service. Banh Mi Boys is the hipper choice; while technically just outside of Chinatown, that hardly matters when they’re serving up creations like steamed baos with five-spice pork belly. Banh Mi Ba Le: 538 Dundas St. W. Banh Mi Boys: 392 Queen St. W.; banhmiboys.com

To get a taste of the unique advantages of dining in Chinatown, try Kim Vietnamese Restaurant. The eatery is known for dishing up the soul-satisfying flavors of Fujian, a southeastern province of China known for its seafood. (The Fujianese form a significant portion of Chinatown’s population.) At first glance, the signature dish, C2 Fujian rice noodles, looks like a Vietnamese pho, but there are a couple of intriguing additions — yellow noodles and a shrimp cracker — that indicate this is no ordinary bowl of vermicelli and broth. 546 Dundas St. W.

Toronto’s Ethiopian population has been advocating for a “Little Ethiopia” designation farther east, but there are plenty of Ethiopian restaurants closer to Chinatown.

Eating at an Ethiopian restaurant is an inherently social experience. The food is often served as platters, with generous dollops of wat (stew or curry) and vegetables arranged right on top of the bread you will use to consume it. The injera — a spongy sourdough flatbread — is a central part of the meal, because Ethiopians use it to scoop up the food and never use utensils. Vegetarians, take note: The emphasis on lentils and vegetables makes Ethiopian cuisine an ideal option.

Toronto’s Ethiopian restaurants can be rather no-frills, but they more than make up for it with flavor. The closest to Chinatown is Sheba, where popular vegetarian dishes include chickpeas, red lentils or yellow split peas cooked with some combination of onion, garlic, ginger root and turmeric. Ethiopiques, also nearby, offers warm, friendly service along with its well-balanced cuisine in a cozy setting of cushioned booths and white tablecloths.

No matter where you go, try the traditional Ethiopian coffee ceremony at the end of your meal. Some restaurants will even roast the beans tableside before pouring one cup after another in a continuous stream, a kind of ritualistic tribute to the togetherness it inspires. Sheba: 418 College St.; shebaethiopianrestaurant.ca. Ethiopiques: 227 Church St.; ethiopiques.ca

Little Tokyo is a few blocks east of Chinatown, but its influence can be tasted on the border of Chinatown and the hip Kensington Market. Millie Creperie combines French style with Japanese flavors for crepes that are rolled into a cone for handheld consumption, a trend that can be traced back to Japan’s colorful and kawaii (that’s Japanese for “cute”) Harajuku district. Come once for the sweet crepes and return for the parfaits, which are layered with corn flakes. 161 Baldwin St., Unit 6; milliedesserts.com

Levetto, a local chain of pizza and pasta bars, specializes in delicious Roman-style pies (meaning the crust is thin, rectangular and crispy on the bottom), and the Chinatown location serves up a special nod to its environs: Peking duck pizza. The combination of hoisin sauce, cucumbers and crispy duck is destination-worthy. 382 Spadina Ave.; levetto.com

Downtown Chinatown was formerly a Jewish enclave, and that heritage is apparent on the menu at Peoples Eatery. This restaurant takes the idea of Toronto’s diversity to heart, proclaiming that the city’s food culture is “a culture of all the cultures.” The dishes are all over the map, in the best way possible: Middle Eastern (roasted Moroccan cauliflower with labneh and tahini), Jewish (deli whitefish salad with celery, tarragon, wasabi tobiko and bagel toasts), Vietnamese (beef salad with peanuts and lime) and Mexican (pork belly al pastor). You can also leave the globe-trotting to the experts and do the six-course tasting menu with wine pairings. 307 Spadina Ave.; peopleseatery.com 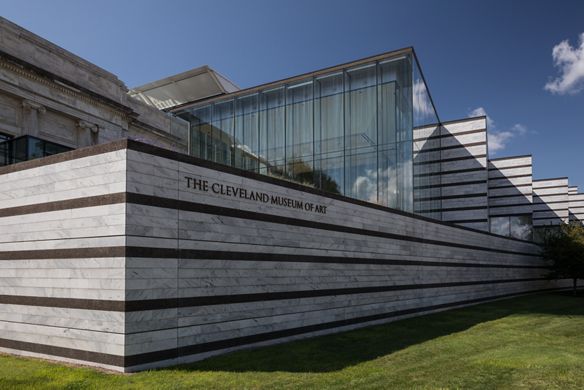 Cleveland, Ohio, has become an exciting hub for the arts in the American Midwest — here’s how to explore this dynamic city. 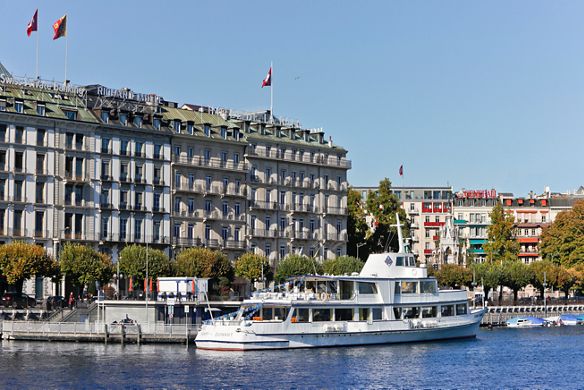 How to Get Off the Beaten Path in Our Favorite Cities 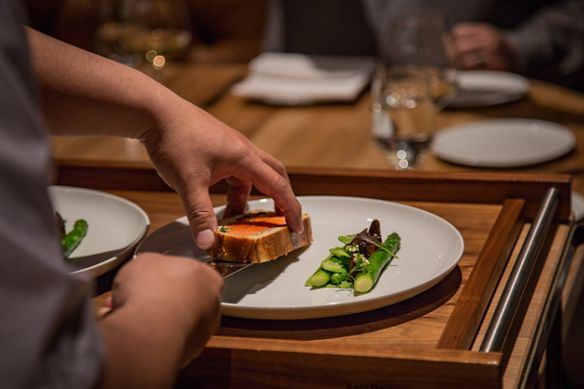 24 hours. That’s all The Ritz-Carlton, Toronto Executive Chef Daniel Craig had to complete a food tour across Canada - in one day.

PLAN YOUR VISIT TO TORONTO