Cleveland, Ohio, has become an exciting hub for the arts in the American Midwest — here’s how to explore this dynamic city and discover the work of a new crop of artists, musicians and performers.

From cutting-edge art and live music to classic cinema and a world-renowned orchestra, a cultural renaissance is underway in Cleveland. A creative energy surging through the city has created an arts scene to rival those of New York and Los Angeles — so there’s never been a better time to visit.

A Center for Great Art

There are myriad ways to experience art in Cleveland, but the venerable Cleveland Museum of Art — home to more than 45,000 pieces, including Dali, Monet, Renoir and Warhol — is perhaps the city’s most iconic destination. While it may have just celebrated its centennial, the space itself is better than ever, thanks to the recent addition of a 39,000-square-foot glass-topped atrium designed by celebrated architect Rafael Viñoly. Nearby, the Museum of Contemporary Art Cleveland stands as a symbol of the city’s revitalization and growth, and is the only contemporary arts museum in the region, bringing in exhibitions of both new and established artists three times a year.

As artists and creatives flock to Midwestern cities like Cleveland, they’re bringing exciting new art, food and music along with them. Perhaps nowhere else is that verve felt more than at 78th Street Studios, which bills itself as an “eclectic arts maze.” The former automobile factory has been converted into a multiuse space that holds galleries, artist studios, performance spaces, recording studios and even a radio station. Similarly, with its recent renovation, The Ritz-Carlton, Cleveland is tapping into the region’s vibrant energy and celebrating the best in art and design. On the seventh floor of the newly redesigned hotel, you’ll find the HEDGE gallery, featuring a rotating pool of local and regional artists along with an in-house art collection being displayed throughout the hotel’s public spaces.

The city may be known as the Rock and Roll Capital of the World, but when it comes to music in Cleveland, the options are endless. From classic to cutting edge, you’ll find every genre being performed in venues small and large. The Cleveland Orchestra is sailing into its second century on a high note in 2018. Building on its legacy of musical excellence and innovation (it was among the first to broadcast on the radio in the 1920s), the orchestra continues to excel under the baton of Franz Welser-Möst.

Outdoor venues abound in Cleveland as well, whether you are seeing a big-name act at Jacobs Pavilion at Nautica or catching a more intimate performance at the new Beach House in Edgewater Park. With the iconic I.M. Pei-designed Rock & Roll Hall of Fame in town, you can rest assured there are plenty of live music venues throughout the city. Wind down your night with DJ-spun music and craft cocktails at TURN Bar + Kitchen, located inside The Ritz-Carlton, Cleveland.

The theater scene in Cleveland is one of the American Midwest’s largest, hosting not only a wide range of repertory companies but also the nation’s oldest regional theater (Cleveland Play House) and the oldest African-American theater (Karamu House). The Cleveland Play House lives up to its venerable status with a rotating array of comedies, dramas and musicals — with well-known names often appearing in lights. For more experimental productions, head to the Cleveland Public Theatre. And in the summer, take in productions in the Porthouse Theatre on the grounds of the Blossom Music Center. The Stylish Rebirth of Cleveland

With a rich history of industrial innovation, Cleveland is boldly pushing into the future while never losing sight of the past. 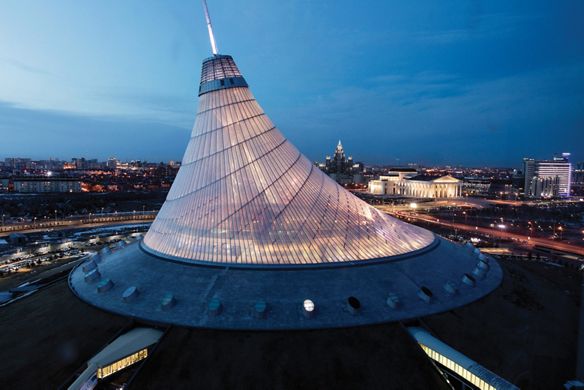 The modern capital of Kazakhstan is an architectural haven unlike any other in the world. 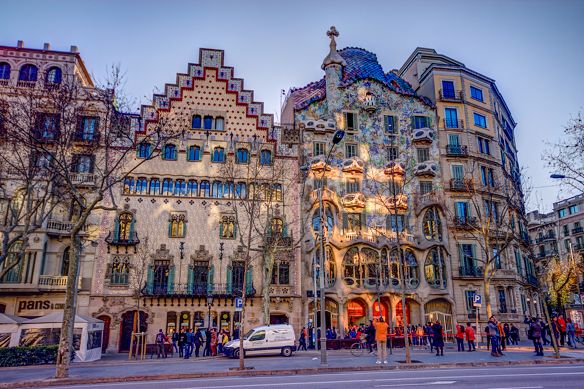 Discover 11 cities around the world through their most architecturally interesting sights.

PLAN YOUR STAY IN CLEVELAND