China is much more than its world-famous cities. The government is undertaking an ambitious plan to create an official national park system, but you can experience the splendor of the region’s outdoor spaces right now whether you’re in the city or countryside.

It may be one of the world’s largest economic powerhouses, but rapid development has come at a price for much of China’s natural wonders.

Designated and protected rural areas have existed in China in one form or another for over half a century. But it’s only now that a fully fledged, united parks program is slowly coming to fruition.

Modeled on the USA’s national park system and due to be inaugurated by 2020, the new program and its implications for China’s extraordinary biodiversity are immense. Here are five of the best ways to see China’s bucolic highlights, from the sprawling grandeur of its national parks to the more orderly oases of its city parks.

Also known as “White Cloud Mountain,” this 40,000-acre retreat is the permanent resting place of Zhang Yuqiao, a revered singer and courtesan from the times of the Ming Dynasty. She could hardly have wished for a more bucolic burial site; she lies amid green mountain peaks, the most famous being Moxing Ridge. Head to the summit by cable car if the tropical heat renders the thought of hiking too arduous. It’s worth the queues for some surprisingly smog-free panoramic views over Pearl River and the forest of skyscrapers in central Guangzhou that seem to grow in size almost hourly. (Baiyunshan National Forest Park is a 30-minute drive from The Ritz-Carlton, Guangzhou).

The spiritual home to the martial art that the West dubs “kung fu” but that the Chinese call “wushu,” Emeishan’s focal point is Mount Emei, which, at 10,167 feet, is the tallest of China’s four sacred Buddhist mountains. Although the summit is often draped in clouds, there are over 100 monasteries and temples scattered amid the park. Most visitors tend to head straight to the top (a bus takes visitors there if you can’t hack the hike) to get a glimpse of the Golden Summit, a complex of rippled rooflines centered around a gargantuan 10-faced golden Buddha. Watch out for the hordes of Tibetan macaque monkeys that reside here, as they have a reputation for snatching the backpacks and lunchboxes of visitors. (Emeishan National Park is 60–75 minutes by fast train from Chengdu, home to The Ritz-Carlton, Chengdu).

Nestled against the plateaus of Tibet, Jiuzhaigou National Park is already a UNESCO-protected biosphere that giant pandas, red pandas and snub-nosed monkeys call home. Spanning a width of about 500 feet, the Arrow Bamboo Lake waterfalls gush and surge down the Rize Valley while the pellucid waters of the park’s lakes, many with suitably evocative names like Double Dragon and Pearl Shoals, are colored in a vivid sapphire hue due to dissolved limestone lying underwater. Ancient Buddhist beliefs still hold sway here, including the legend of Upper Seasons Lake, believed to be the clandestine home of numerous fire-breathing monsters. Damaged by an earthquake in 2017, the park partially reopened this March, but with a limit on the number of visitors and restrictions on independent travel. Check for updates before traveling to the park. (Jiuzhaigou National Park is a one-hour drive from The Ritz-Carlton, Jiuzhaigou (opening 2019).

If you’re wondering why there’s a certain, slightly European atmosphere to this Shanghai park, that’s because it was designed by a British garden designer in the 1890s. The lamp posts, street signs and drinking fountains look as if they could belong on the grounds of London Zoo. Beloved by elderly locals who come here to sing and draw calligraphy, on most days you can also spot devotees gathering to pay their respects at the tomb of Lu Xun, after whom this park is named. A bold, satirical writer, somewhere between Mark Twain and George Orwell, his essays and novels about life amid the huge upheavals of early 20th century post-dynastic China are still taught in schools today. (Lu Xun Park is a 20-minute drive from The Ritz-Carlton Shanghai, Pudong and The Portman Ritz-Carlton, Shanghai).

Meaning “purple bamboo courtyard,” this retreat from the concrete jungle of Beijing is a rambling oasis of tapering footpaths, bridges, verdant willows, groves and, unsurprisingly, bamboo trees, some of which date to 1577. Situated next to the National Library, a full day of capital quietude could begin by exploring the shelves of the 10-year-old building, designed by German architect Jürgen Engel and looking something akin to an enormous child’s puzzle game made of timber. Then, when you feel ready to face the city hustle again, walk to the northwest corner of the park where cruise boats depart for a canal ride to the immense complex of the royal Summer Palace. (Zizhuyuan Park is a 20-minute drive from The Ritz-Carlton Beijing, Financial Street). 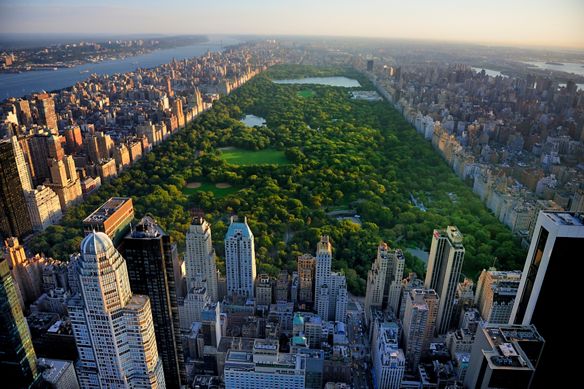 Here are the green spaces where you can hear yourself think in the urban jungles of the world. 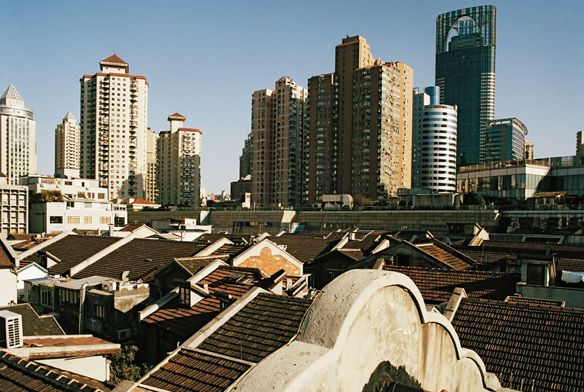 The Shikumen of Shanghai

In Shanghai’s lane communities, traditional architecture — and a more traditional way of life — has survived the wave of modernization. 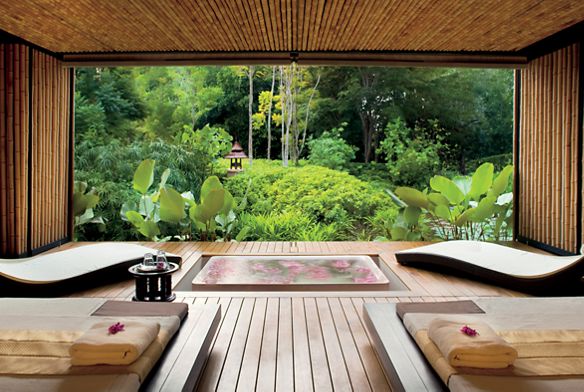 The Art and Science of Outdoor Living

Learn how Ritz-Carlton designers create extraordinary spaces that blend the beauty of nature with the comfort of the indoors.