PAGEANT OF THE MASTERS: WHERE ART COMES TO LIFE

Have you ever seen art come to life? Every summer in Laguna Beach, California, local residents audition for the world famous Pageant of the Masters where they become living works of art on display for the world to enjoy.

Explore how the Pageant of the Masters and Festival of Arts all comes together, starting at the beginning with a short video that provides a look back on the history of this amazing event.

In celebration of its 85th Anniversary, the Festival of Arts will have a brand new facility this year.  The Festival grounds have been under construction, with major enhancements being made to the grounds including a new layout for gallery spaces, a refreshed concert area, and new spaces for art workshops. The improved facility will welcome art lovers on July 7.

Build It and They Will Come

This year, the Pageant of the Masters theme is THE GRAND TOUR.  The performance will showcase people’s desire in the 17th and 18th centuries to experience the world’s great art firsthand. Inspired by the European tradition of continental travel on “the grand tour,” early travelers would set out on pilgrimages by land and sea to the great cultural centers of Europe, and eventually the globe, often risking life and limb to stand in the presence of masterpieces.

With the theme set, scripts are now being written, musical scores are in creation, and teams of makeup artist and set builders are making preparations. 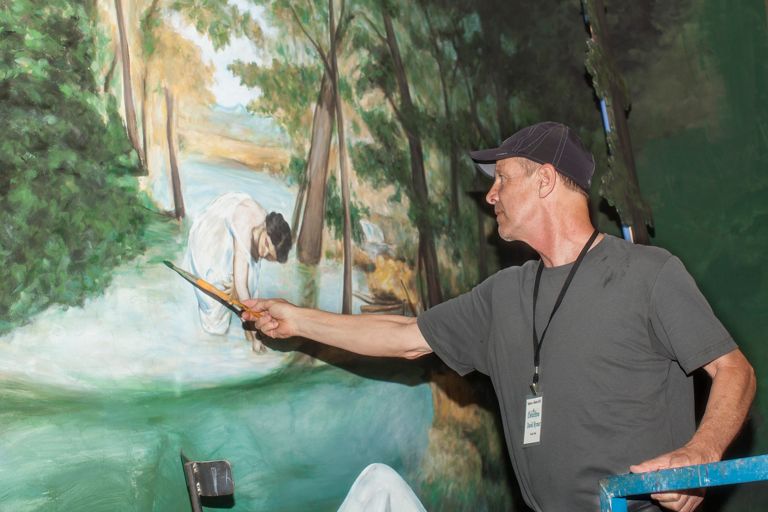 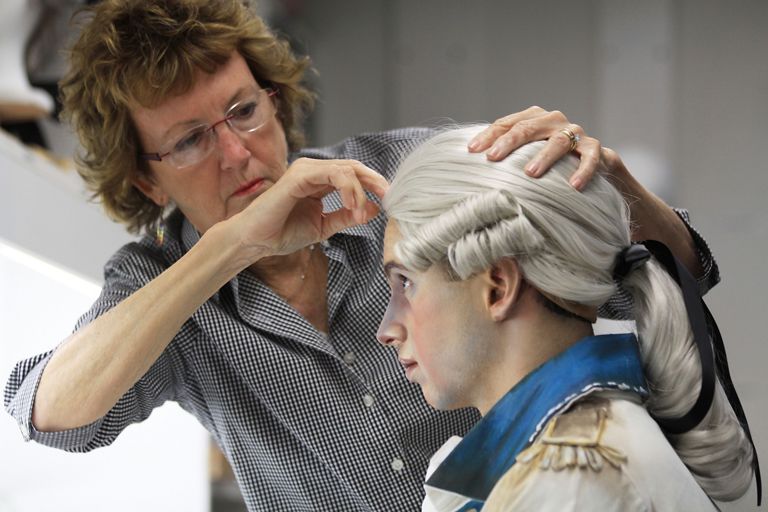 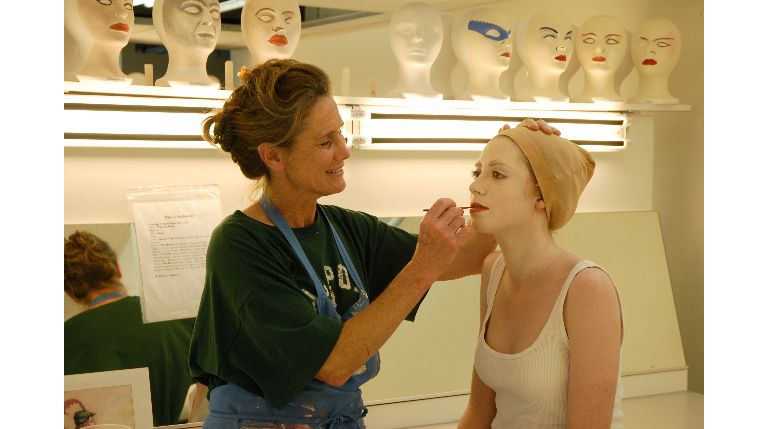 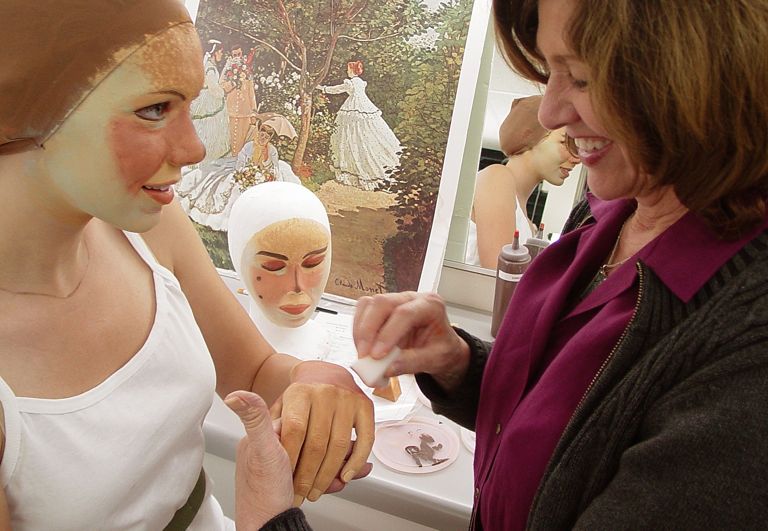 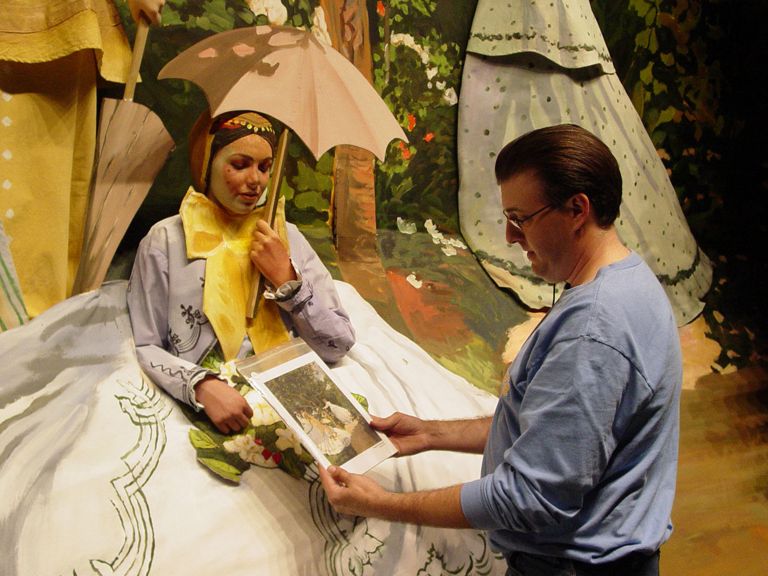 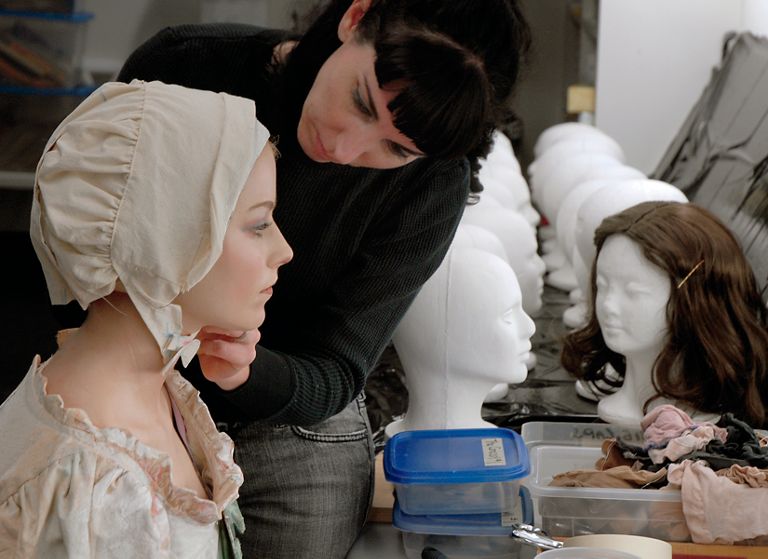 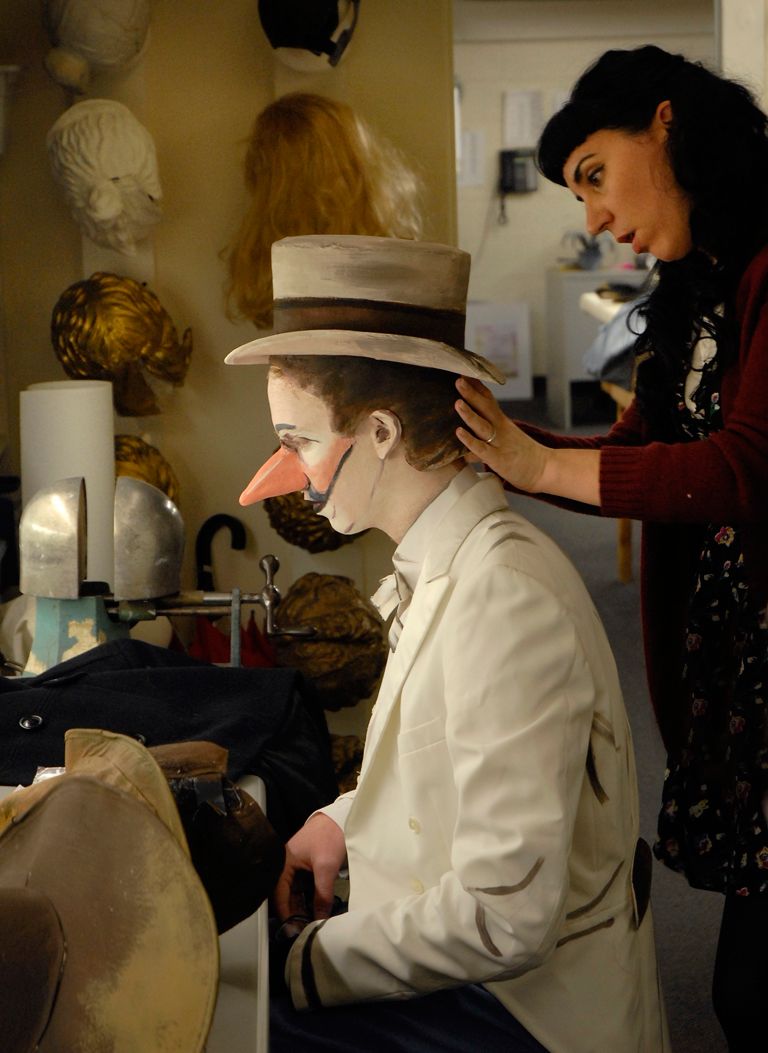 A southern California local student, Karlie, prepares for her Pageant appearance in “A Kiss on the Hand” by Gerolamo Induno.  It all started in January 2017 when Karlie was one of many hopeful volunteers to apply for a role in the Pageant.  All potential actors are measured and photographed so they can be reviewed and cast for an appropriate appearance.  Two complete casts alternate every other week throughout the season (July 7 through August 31) and Karli was selected for one of the casts.  This pictorial follows Karli through the process of getting ready to go on stage:

Then on to make-up

The headpiece comes next

Then she is escorted and place on stage

This year, the Festival of Arts is celebrating its 85 year. In celebration, The Ritz-Carlton, Laguna Niguel is showcasing “85 Years of Art,” a summer exhibit in honor of the resort’s long-term partnership with Pageant of the Masters and Festival of Arts. Hotel guests, local residents and Pageant attendees are invited to view this one-of-a-kind exhibit on display in the Art Exhibit Space at the resort from the April 28 through September 4, 2017.

“2017 marks the 85th Anniversary for the Festival of Arts. This year’s exhibit, Celebrating 85 Years of Art, will focus on a range of Permanent Art Collection artworks from 1913 to 2015, historic Pageant photographs, vintage news articles, and early Festival of Arts and Pageant of the Masters advertising materials,” said Exhibit Curator Pat Sparkuhl, a former art professor and Festival of Arts exhibitor and juror. Pat has also been working with the Laguna Beach Festival of Arts permanent collection since 2010.

The paintings on display at the resort include

A Street in Laguna, Oil on Canvas by Clarence Hinkle, 1920

Under Construction, Charcoal on Panel by Stefan Cummings, 2015

Festival in Laguna, Oil on Canvas by Joane Cromwell, 1935

On the Road to Laguna, Oil on Canvas by Thomas Nash, 1913

Additional pieces include Advertisement Posters from 1941, 1958 and 1966, as well as photographs of three Pageant of the Masters Tableaus – The Laughing Cavalier by Franz Hals in 1940, The Gleaners by Jean Francois Millet from 1940, and The Rehearsal by Norman Rockwell from 1958.

This poster, used for advertising the Festival of Arts & Pageant of the Masters in 1941 (cover designer is unknown). At the conclusion of the 1941 Festival, World War II began, and closed the annual event until 1946.

This poster, used for advertising the Festival of Arts & Pageant of the Masters in 1958, by the well known artist, Dixie Hall, was also used for the summer program. Dixie Hall developed one of the fist art supply stores in Laguna Beach in the 1950’s.

This poster, used for advertising the Festival of Arts & Pageant of the Masters in 1966, by the well known artist, Rex Brandt, was also used for the summer program.

Pageant of the Masters Tableau, 1940
Festival of Arts Permanent Collection

Pageant of the Masters Tableau, 1940
Festival of Arts Permanent Collection

Pageant of the Masters Tableau, 1958
Festival of Arts Permanent Collection

Make the Most of Your Visit

Arrive Early and Enjoy the Festival Art Show: Laguna Beach is a popular summer destination which leads to increased traffic and full parking lots. The best way to avoid the stress is to arrive early! There’s plenty to see and do before the show. Wander through the art, create a masterpiece in one of the workshops, or take a picnic from The Market Place and enjoy a live concert on the Festival grounds. Tables and chairs are available, but they are on a first-come, first-served basis.

Dress Appropriately: Although you might think because it is summer that it will be sunny and warm, be prepared for the temperature to drop when the sun goes down. It is highly encouraged to take a blanket or sweater.

Watch a cocktail come together, and try your own at home:

Plan Your Visit to Laguna Niguel

If your summer travel plans bring you to Southern California to experience Pageant of the Masters and Festival of Arts, we welcome you to book one of the exclusive packages available at The Ritz-Carlton, Laguna Niguel.