How to Get Off the Beaten Path in Our Favorite Cities

The world will always have its iconic destinations — its Eiffel Towers and Great Walls — and all the crowds that go along with them. Whether you’ve already checked the quintessential sites off your bucket list or simply savor a more hidden surprise, getting off the beaten path can be relatively easy. Here are some of our favorite ways to explore five travel destinations.

Every street can feel like a beaten path in Tokyo. The energy is part of the draw: The city’s frenetic fashion, technology and nightlife are renowned. But a more serene vibe awaits in the neighborhood of Daikanyama, sometimes called the Brooklyn of Tokyo, as well as in the sweet, laid-back nabe of Ebisu. Stroll the leafy streets to take in the eclectic mix of sophisticated boutiques and cafés where you’ll find everything — from Japan’s famed artisanal denim to craft beer and pour-over coffee. Don’t miss Log Road, built atop the old Tokyu line train tracks, an inviting area in the vein of New York’s High Line. In autumn, concierge Masako Ito of The Ritz-Carlton, Tokyo recommends a charming road-less-traveled: Icho Namiki Avenue, in upscale Gaienmae, whose resplendent gingko trees form a brilliant canopy overhead.

From The Met to The MoMA, you’ve likely spend hours upon hours gazing at the Big Art in the Big Apple. A lesser-known experience awaits in SoHo, where two installations from artist Walter De Maria date to the 1970s, before the area was famous for showy shopping and multimillion-dollar lofts. The Earth Room is a vast white space filled with 22 inches of soil: a simple idea, yet an oddly transfixing experience. Nearby is De Maria’s Broken Kilometer, an open space filled with a precise arrangement of 500 polished brass rods. Another secret lurks in the most well-worn location of all: Times Square. The piece — an acoustic work that produces a faint harmonic hum — was installed on a pedestrian island at Broadway between 45th and 46th streets by Max Neuhaus in 1977. These hidden icons may go unnoticed by the throngs hurtling past, but they are well-worth seeking out — or, if you’re lucky, stumbling upon.

From its banking system to the U.N. headquarters, Geneva is known for its immaculate ambiance. Yet step off the tranquil streets of the Old Town, and you will find another Geneva. A 20-minute walk brings you to Plainpalais Flea Market, a twice-weekly tradition where you can bargain alongside locals for vintage and antique collectibles, furniture, jewelry and clothing. Farther south, trendy Carouge is known for its Italian architecture, artsy residents and stellar cafés; bring home a memento from one of the many bookstores, vintage shops and design boutiques. For an edible souvenir, Concierge Heni Trabelsi of The Ritz-Carlton Hotel de la Paix, Geneva recommends the Carouge Sunday Farmers Market, which showcases fresh local produce in the Place du Marché.

The city better known for skyscrapers and shopping has been quietly cooking up a world-class food scene. With a Michelin Guide forthcoming, Dubai is transitioning from a reliance on imported celebrity chefs and unbelievable brunches to independent concepts that reflect the city’s diversity and a new focus on experimentation and craftsmanship. Emblematic of the evolution is Izu Brasserie, the informal fusion concept from Chef Izu Ani (formerly of Dubai stalwart La Petite Maison); La Taqueria DXB, a family-run taco spot that turns out spectacular, authentic Mexican plates; and Boca, a rustic temple to Mediterranean fare featuring local ingredients. A pioneer of the scene is Café Belge, the 1920s-style Belgian restaurant inside The Ritz-Carlton, Dubai International Financial Centre, which serves expert bistro fare and a wide range of Belgian craft beers.

When many travelers think of India’s third-largest city, they think of technology. Yet there’s more to the city than high-speed data. Beyond its lush parks and diverse dining, Bangalore (Bengaluru) is rich in classical culture, if you know where to look. The peerless tradition of Indian jewelry is on display at houses such as Ganjam, known for exquisite designs incorporating beautiful gemstones, and Amrapali, whose workmanship and precious stones are maharani-worthy. Musically speaking, there is Chowdiah Memorial Hall, a striking violin-shaped auditorium built to honor one of India’s most celebrated violinists. And an hour’s drive west of the city, Nrityagram is a utopia devoted to dance. Founded by legendary dancer Protima Gauri Bedi, the graceful compound is now home to some of the greatest dancers in the world. When you see them perform, you can’t help but be carried away by the rhythm of India itself. 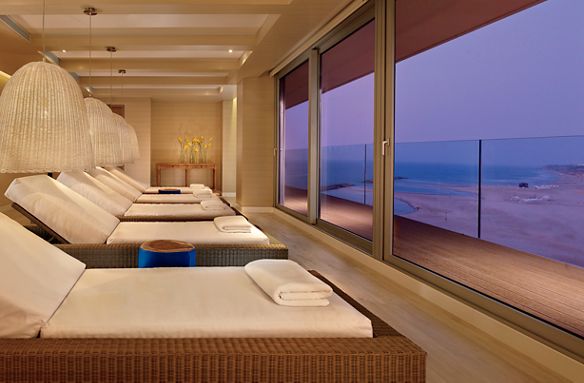 Spa experiences at The Ritz-Carlton draw from local and cultural ingredients and healing traditions. 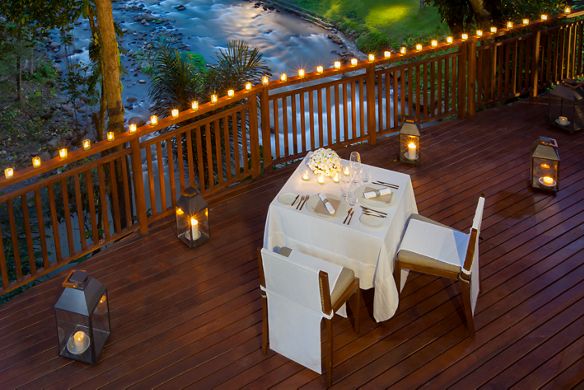 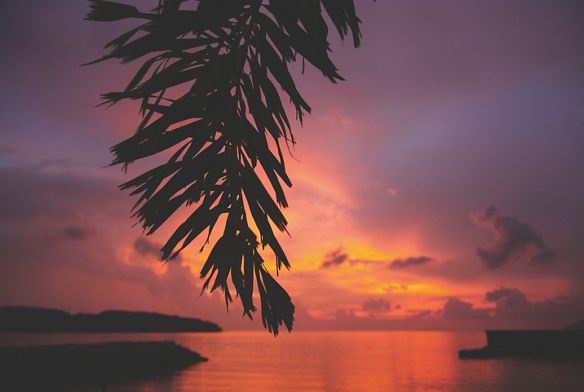 Langkawi: The Jewel of Malaysia

The Langkawi archipelago provides sublime views, water sports, savory cuisine and a quiet, restorative rhythm all its own.

PLAN YOUR STAY IN THESE DESTINATIONS