Beijing — including the Great Wall of China — is one of the quintessential cities to explore alone. Photography by Yifan Li/EyeEm/Getty Images

Solo travel needn’t be nerve-wracking. Here are our top destinations to memorably see the world on your own.

The glamorous New York Café in Budapest is a beautiful, if scary, place. Beautiful, because its wedding-cakey interior is superbly designed. Scary, because it’s not the natural habitat of the solo traveler. As soon as you arrive, couples track your movements across the room, wondering why you’re determined to eat at a mirrored table alone. If this scenario sounds familiar, you’re in luck, because it’s never been easier or more acceptable to holiday-for-one. To avoid standing out, you need to know where to go to maximize the thrill of being alone.

A shortcut to blending into the city of a million bicycles begins with an early morning ride through the storied hutongs in Shichahai, north of Tiananmen Square. The tightly knit network of streets is lined with bumper-to-bumper storefronts, each adorned with flush-red calligraphy and dangling bird cages. Focus on Mao’er and Doujiao hutongs, lesser-known oases from the inner city’s urban sprawl, then pedal past Yinding Bridge to Guanghua Temple on Houhai Lake for a moment of inner reflection.

A meditative hike through the mists of time along the Great Wall of China continues your solo pilgrimage. Most people visit the restored sections at Badaling or Mutianyu, but venture farther north to best-kept-secret Huanghuacheng, skirted by chestnut gardens.

Finally, don’t leave without visiting a night market. Pick from either Nanluoguxiang, an old-meets-new strip lined with nostril-tingling food shacks and kitschy T-shirt stores, or hop to Huguosi Dajie, a postcard-ready street, to snack on sesame buns, soups and baozi. Later, crammed into a tuk-tuk with an adopted posse, buzz to chichi cocktail bar Janes + Hooch (Building 10, 4 Gongti Bei Lu, Chaoyang District, janeshooch.com). A few drinks later, you’ll kick back on your plans for tomorrow.

Manama is the city of the pearl — golf-ball-sized gemstones that made the kingdom rich long before the discovery of oil. From the salt-lashed harbor of creaky dhows at the northern tip of Ras Rayyah, cruise across the crystal-blue waters to dive for one yourself. After a how-to master class with a pearl fisherman-turned-dive instructor, you’ll float in a submarine world at shallow depths on a hunt, à la 007. Turn your treasure into custom jewelry afterward at the Gold Souq (Shaikh Abdulla Ave.).

It’s also not uncommon to see Sinbad types sloshing nets of just-landed pearls around nearby Souq Al-Qaisariya in Muharraq, a warren of wind towers and ochre-colored alleyways. It’s the perfect place for a reflective stroll through living history. Pop into Saffron by Jena (Shop 71, Boomaher Ave.), a café bazaar to load up on balaleet (cardamom-spiced vermicelli with eggs) and milky tea.

There’s a perfect marriage, a yin-yang combo of etiquette and eccentric consumption, which makes Japan’s third largest city irresistible for solo travelers. Here, the mantra is “eat until you drop,” and downtown shifts up a gear with a bellyful of countertop ramen bars, standing-room-only sushi stalls and one-person dining booths where small talk is drowned out by slurping.

A tip from an entrenched Osakan foodie is to begin with takeout takoyaki (DIY dumplings of octopus-stuffed batter) at Kukuru (1F Hakua Building, 1-10-5 Dotonbori) in neon-lit Dotonbori. Make sure to leave space for okonomiyaki, a kitchen-sink-and-all savory pancake topped with vegetables, meat and noodles. Solo dining is almost obligatory at okonomiyaki-specialist Chibo (1-5-5 Dotonbori, chibo.com), and the chefs are so used to tables for one it gives you a sense of well-being and relief. For craft beer, riding a wave in Osaka, grab a prized barstool at hole-in-the-wall Yellow Ape Craft (2-4-9 Imabashi, yellowapecraft.com). Buy a round of local brews from its 20 revolving taps and become an instant celebrity.

A thrilling symbiosis of two halves — modern, momentous Buda; historic, higgedly-piggedly Pest — the Hungarian capital is nothing if not a crowd pleaser. But it’s not a one-size-fits-all kind of place, so far better spent on your own, without having to share it with a partner.

All days should begin at the gloriously decadent Széchenyi Thermal Bath (Állatkerti krt. 9-11, szechenyibath.hu). It’s teeming with personalities, and after a steam and soak in its labyrinth of pools, get caught in a game of wits with a Hungarian chess master while still in a tub.

The world’s longest and fastest train run by children (under adult supervision), the Children’s Railway is one of Budapest’s little-known marvels, and an afternoon tootle along the tracks from its terminus at Hüvösvölgy station winds through Buda Hills. With no chitter-chatter from fellow passengers, you’ll be able to savor the Danube views without distraction.

Finish up with pálinka (Hungarian fruit brandy) at the city’s eclectic ruin bars, housed in transformed, derelict relics from the Cold War era, rebooted by students as Alice in Wonderland-like drinking dens. Because of their popularity, you’re more likely to get into the likes of the Jewish Quarter’s Szimpla Kert (Kazinczy u. 14, szimpla.hu) if you arrive alone. After that, striking up a conversation over its mismatched bric-a-brac and curiosities becomes easy.

Everyone has a story to tell in the City of Angels, and these days the best start in downtown L.A., the back-from-the-dead core. Reminiscent of a sprawling film set, it’s a tangle of skyscrapers, offering a sense of invisibility harder to find elsewhere. In West Hollywood, the raison d’être is to stand out; here, it’s to blend into the crowd.

Begin by teaming up with a People Walker (thepeoplewalker.com), once a tour guide joke, now a legitimate sideline for underemployed actors. They charge by the hour and take you anywhere you want — deadpan anecdotes and insider knowledge come free. Keep up the pace afterward with a free lunchtime yoga session at Grand Park (200 N. Grand Ave., grandparkla.org), or plan your next move at the century-old Grand Central Market (317 S. Broadway, grandcentralmarket.com). An emporium of globe-trotting food vendors, it’ll take you on a culinary roller coaster of what’s currently hot on the L.A. scene.

By mid-afternoon, head across the city to the triumvirate of Pacific Ocean, Venice Beach and Marina del Rey for a people-watching sunset. High Rooftop Lounge (1697 Pacific Ave., highvenice.com) is popular with Instagrammers, but the splashy yacht-side terrace at Cast & Plow at The Ritz-Carlton, Marina del Rey (4375 Admiralty Way) cranks up the SoCal dream to IMAX level. The studio lots may be farther east, but you can still play movie star with an alfresco flute of champagne on the world’s largest recreational marina. 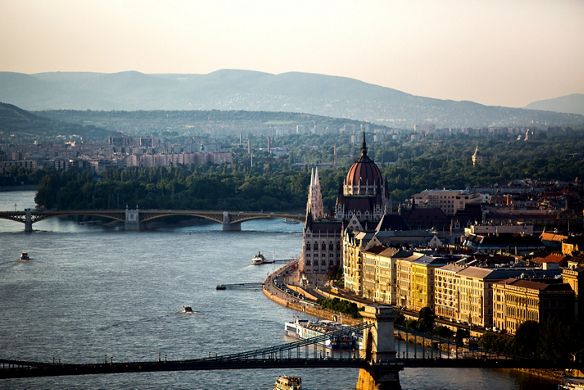 An insider’s guide to experiencing Budapest and Vienna in one trip. 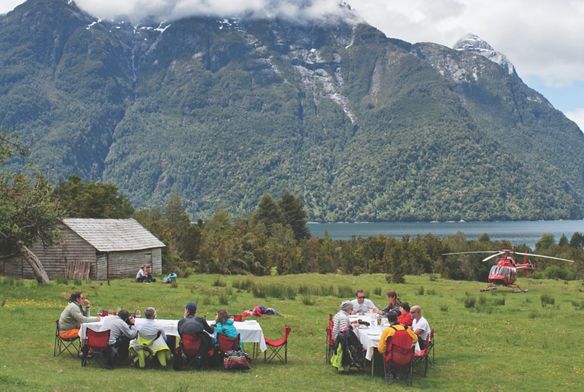 A photographer steps from behind the lens to experience Patagonia's valcanoes and fjords. Barcelona from the Sky & Street